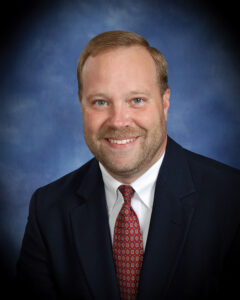 Alan is a native of Dickson County where he grew up in the real estate and auction business. He believes that the Five Rivers Area is a great place to live… just as his ancestors believed… going back eight generations of Ragans in Dickson County (since 1805).

He has spent six different terms as the President of the Dickson County Board of Realtors and on the board of directors of the Greater Nashville Realtors beginning in 2003, most recently in 2018.

Alan graduated from Dickson County Senior High School and then graduated from Freed Hardeman University in Henderson, Tennessee, with a B.B.A. in accounting. After graduation Alan worked for the State of Tennessee’s Comptroller of the Treasury, Division of State Audit as a Legislative State Auditor.

Since 1997, Alan has worked as a full-time Realtor with Ragan’s Five Rivers Realty & Auction Company.  He holds a real estate broker’s license and an auctioneer’s license. He holds both a GRI (Graduate of the Realtor’s Institute) and ABR (Accredited Buyers Representative) designation.  He has been the firm’s owner and principal broker since 2008.

Alan and his wife, Becky, have two daughters and a son.